Susan Greenwood is the author of:

Developing Magical Consciousness: A Theoretical and Practical Guide for the Expansion of Perception 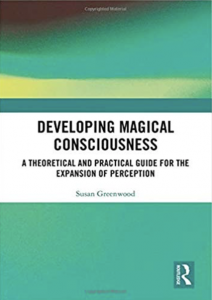 Offering a new template for future exploration, Susan Greenwood examines and develops the notion that the experience of magic is a panhuman orientation of consciousness, a form of knowledge largely marginalized in Western societies.

In this volume she aims to form a “bridge of communication” between indigenous magical or shamanic worldviews and rationalized Western cultures. She outlines an alternative mythological framework for the latter to help develop a magical perception, as well as giving practical case studies derived from her own research.

The form of magic discussed here is not fantastic or virtual, but ecological and sensory. Magical knowledge infiltrates the body in its deepest levels of the subconscious, and unconscious, as well as conscious awareness; it is felt and understood through the connection with an inspirited world that includes the consciousness of other beings, including those of plant, animal and the physical environment.

This is anthropology from the heart rather than the head, and it engages with the messy area of emotions, an embodiment of the senses, and struggles to find a common language of listening to one another across a void of differences. The aim is to provide a non-reductive structure for the creative interplay of both magical and analytical modes of thought. Passion is a motivator for change, and a change in attitude to magic as an integrative force of human understanding is the main thread of this work.

Magical Consciousness: An Anthropological and Neurobiological Approach (with Erik Goodwyn) 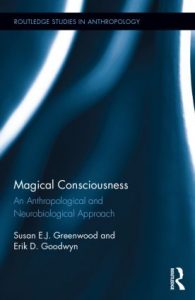 How does a mind think magically? The research documented in this book is one answer that allows the disciplines of anthropology and neurobiology to come together to reveal a largely hidden dynamic of magic. Magic gets to the very heart of some theoretical and methodological difficulties encountered in the social and natural sciences, especially to do with issues of rationality. This book examines magic head-on, not through its instrumental aspects but as an orientation of consciousness. Magical consciousness is affective, associative and synchronistic, shaped through individual experience within a particular environment. This work focuses on an in-depth case study using the anthropologist’s own experience gained through years of anthropological fieldwork with British practitioners of magic. As an ethnographic view, it is an intimate study of the way in which the cognitive architecture of a mind engages the emotions and imagination in a pattern of meanings related to childhood experiences, spiritual communications and the environment. Although the detail of the involvement in magical consciousness presented here is necessarily specific, the central tenets of modus operandi is common to magical thought in general, and can be applied to cross-cultural analyses to increase understanding of this ubiquitous human phenomenon.

The Anthropology of Magic 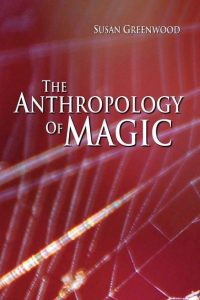 Magic is arguably the least understood subject in anthropology today. Exotic and fascinating, it offers us a glimpse into another world but it also threatens to undermine the foundations of anthropology due to its supposed irrational and non-scientific nature. Magic has thus often been ‘explained away’ by social or psychological reduction. The Anthropology of Magic redresses the balance and brings magic, as an aspect of consciousness, into focus through the use of classic texts and cutting-edge research. Suitable for student and scholar alike, The Anthropology of Magic updates a classical anthropological debate concerning the nature of human experience. A key theme is that human beings everywhere have the potential for magical consciousness. Taking a new approach to some perennial topics in anthropology – such as shamanism, mythology, witchcraft and healing – the book raises crucial theoretical and methodological issues to provide the reader with an engaging and critical understanding of the dynamics of magic.

The Nature of Magic: An Anthropology of Consciousness 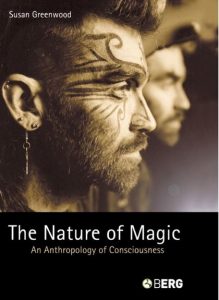 This book examines how and why practitioners of nature religion – Western witches, druids, shamans – seek to relate spiritually with nature through ‘magical consciousness’. ‘Magic’ and ‘consciousness’ are concepts that are often fraught with prejudice and ambiguity respectively. Greenwood develops a new theory of magical consciousness by arguing that magic ultimately has more to do with the workings of the human mind in terms of an expanded awareness than with socio-cultural explanations. She combines her own subjective insights gained from magical practice with practitioners’ in-depth accounts and sustained academic theory on the process of magic. She also tracks magical consciousness in philosophy, myth, folklore, story-telling, and the hi-tech discourse of postmodernity, and asks important questions concerning nature religion’s environmental credentials, such as whether it as inherently ecological as many of its practitioners claim.

The Encyclopaedia of Magic and Witchcraft 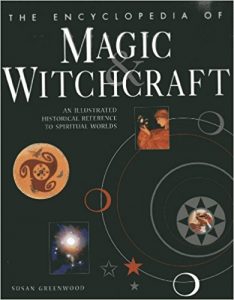 This is a detailed historical and anthropological study of the traditions of witchcraft round the world with an in-depth examination of magic and its relationship with religion, from prehistory to the post-modern era. It includes an international survey of ancient cultural traditions, and details the medieval phenomena of witch hunts that still have resonance in modern society. It analyzes the ancient traditions of shamanism, the witches of the classical world and African which doctors, together with the development of witchcraft in popular European culture. It draws on the work of numerous scholars and experts, as well as first-hand research by the author, and is lavishly illustrated with over 340 images. Magic has played a part in most cultures throughout human history. Traditions and practices may differ but the essential elements remain the same. This insightful history examines the roots and foundation of magic, and the way it has helped to shape our view of the universe and our place within it. The scope of the study is wide, covering a range of traditions from the wise woman of a 16th-century English village to a witchdoctor in Africa, or from the customs of the Native American shaman to those of female shamans of Korea, examining their beliefs, ideas and convictions through the ages. Illustrated throughout with archival material and fine art paintings of legendary magic workers, this volume is a comprehensive examination of a fascinating story.

Magic Witchcraft and the Otherworld: An Anthropology 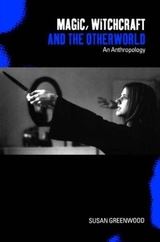 Anthropology’s long and complex relationship to magic has been strongly influenced by western science and notions of rationality. This book takes a refreshing new look at modern magic as practised by contemporary Pagans in Britain. It focuses on what Pagans see as the essence of magic – a communication with an otherworldly reality. Examining issues of identity, gender and morality, the author argues that the otherworld forms a central defining characteristic of magical practice.Integrating an experiential ethnographic approach with an analysis of magic, this book asks penetrating questions about the nature of otherworldly knowledge and argues that our scientific frameworks need re-envisioning. It is unique in providing an insider’s view of how magic is practised in contemporary western culture.